M14 Intelligence with its core capabilities in understanding the key trends of autonomous, connected, electric, and shared mobility published the research on 4D imaging radar technology which talks about following important factors of the market

On average passenger vehicle sales are expected to grow by 4.5 percent between 2021 and 2030. At this pace the industry would take 3-4 years to regain the sales volume of 2019

Looking at the state of autonomous vehicles in 2021 there are many impressive milestones that have been achieved by companies such as Waymo, Baidu, Cruise, Aptiv, Yandex, Aurora, and Lyft among many others offering autonomous shared mobility solutions. At the same time, technology developers along with the OEMs are also witnessing unforeseen challenges

The total worldwide radar sales estimated in 2020 was 83.7 million units for passenger vehicles ADAS and autonomous driving applications. The sales are expected to witness growth by 16.7 percent in 2021 to reach 97.7 million, respectively. With the expected growth in the demand for level 2 featured passenger cars, the demand for radar is expected to grow by 12.1 percent, between 2021 and 2030.

Unlike LRR, the price of SRR or MRR is relatively cheaper, which makes it ideal for applications such as blind-spot detection and collision warning or assist system. On an average two SRR/MRR are used in level 1 vehicles, however, as the system level complexity increases, the number could increase to 4 or 5 depending on the level of automation. It is estimated that the total SRR sales will grow to 80.1 million units in 2021, witnessing growth from 69.3 million units in 2020. The growth potential is immense with the deployment of L2 and autonomous features in vehicles. By 2030, the total sales demand is expected to cross 195.6 million units, at an estimated CAGR of 10.4 percent, between 2021 and 2030.

The widely used 24GHz frequency band for short range radar is expected to be gradually replaced by 79GHz band, as the narrow 24GHz band is relatively weaker in object recognition and range detection.

Although the industry currently is led by the radar MCU players, however, the future trends is clearly towards more sophisticated technology that is cost optimized and provide high performance. 4D imaging radar is one such solution in which signal processing and decision making occupies central position.

The 4D imaging radar sensing technology is expected to penetrate at higher rate in the exterior sensing market and also hold potential to possible replace the conventional radar systems in coming years.

From the market adoption perspective, the radar sensor and semiconductor companies have already started using 79 GHz for medium and short range ADAS applications. Until the complete adoption of 79 GHz, 24 GHz SRR radar market is expected have smaller market presence. This change has offered unprecedented flexibility to the sensor players as it allows the integration of AI and other processing technologies with radar capabilities. All new entrants in the radar space have unveiled their products in 4D imaging technology space catering to short, medium, and long-range ADAS applications.

Several technologies are being adopted by players in this new radar domain. Multiple In Multiple Out (MIMO) antenna array technique, CMOS processing, FMCW technology, Phased Array, and solid-state technology are few of the major 4D radar imaging technologies being embraced by the sensor and chip manufactures.

Recently in April 2021, Vayyar Imaging Ltd., Valeo North America Inc., Infineon Technologies Americas Corp., Tesla Inc., IEE Sensing Inc., and Brose North America Inc. has received a waiver permitting the operation of radar-based vehicle cabin monitors in the 57-71 GHz band from the Federal Communications Commission (FCC or Commission). The permit is intended towards enhancing the passenger safety and theft prevention applications. These companies are the legal first movers in the in- cabin radar sensing space and expected to equip their systems in passenger cars by 2023.

Get answers to the 10 most intriguing questions in the 4D imaging radar industry! 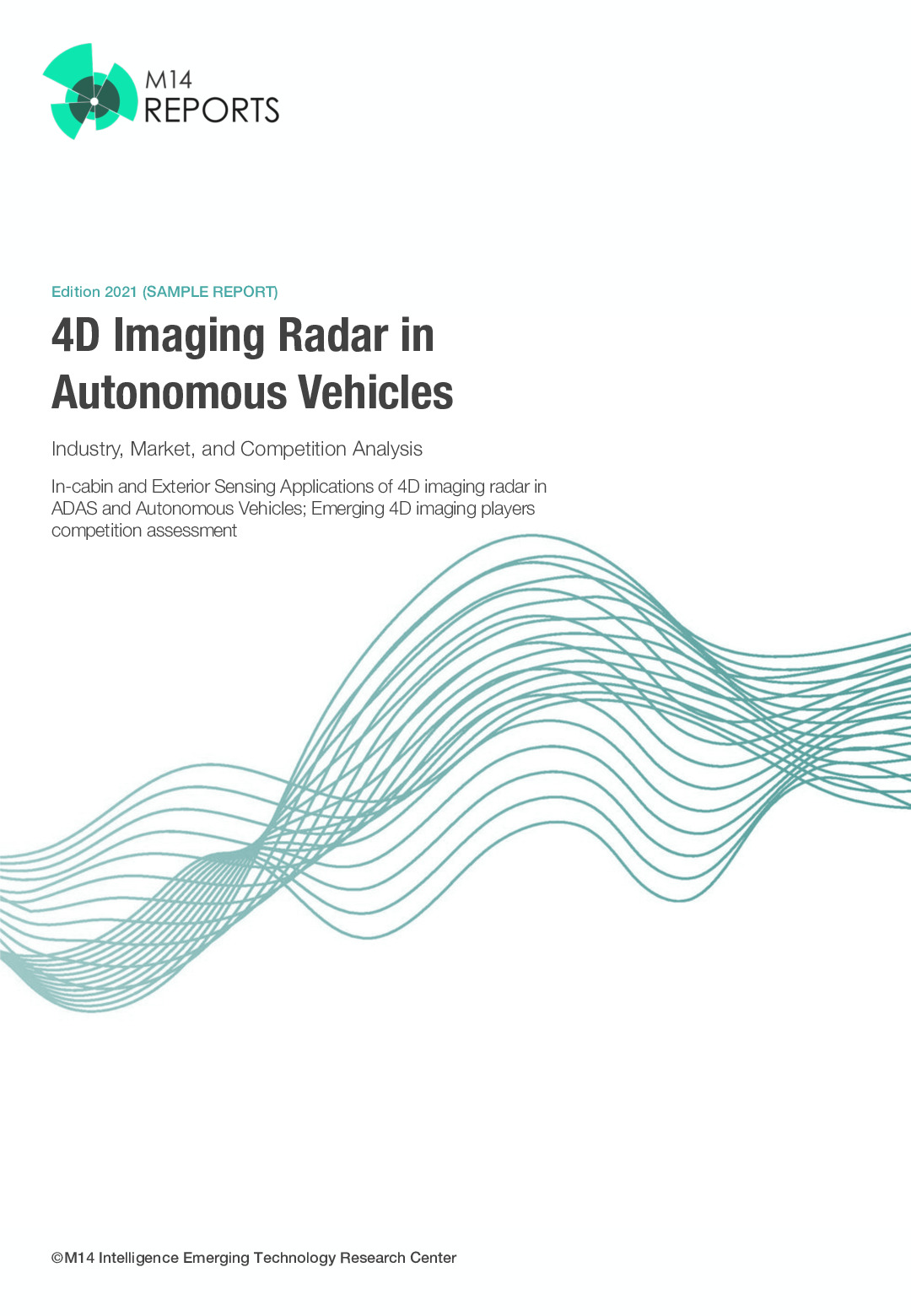 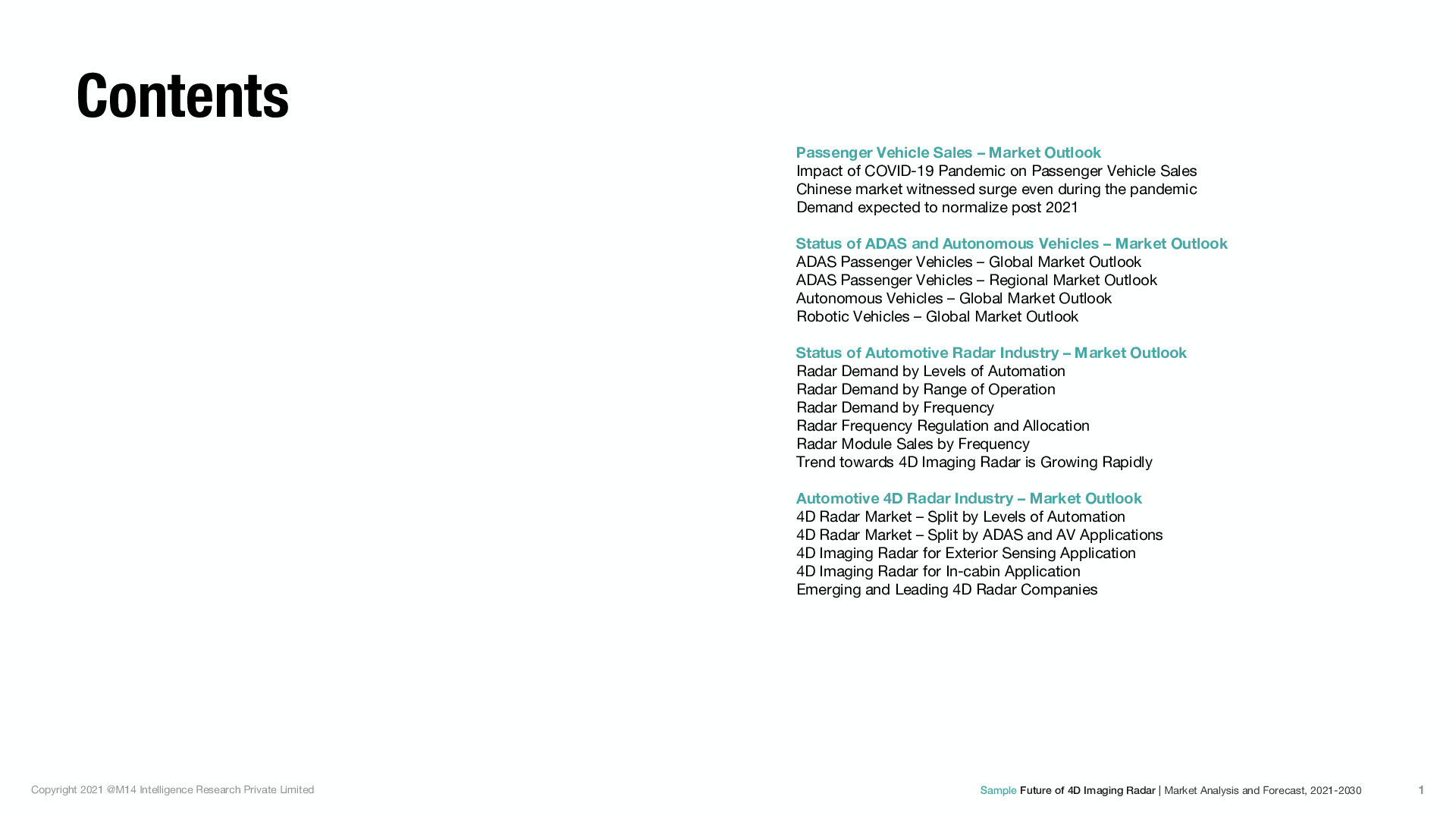 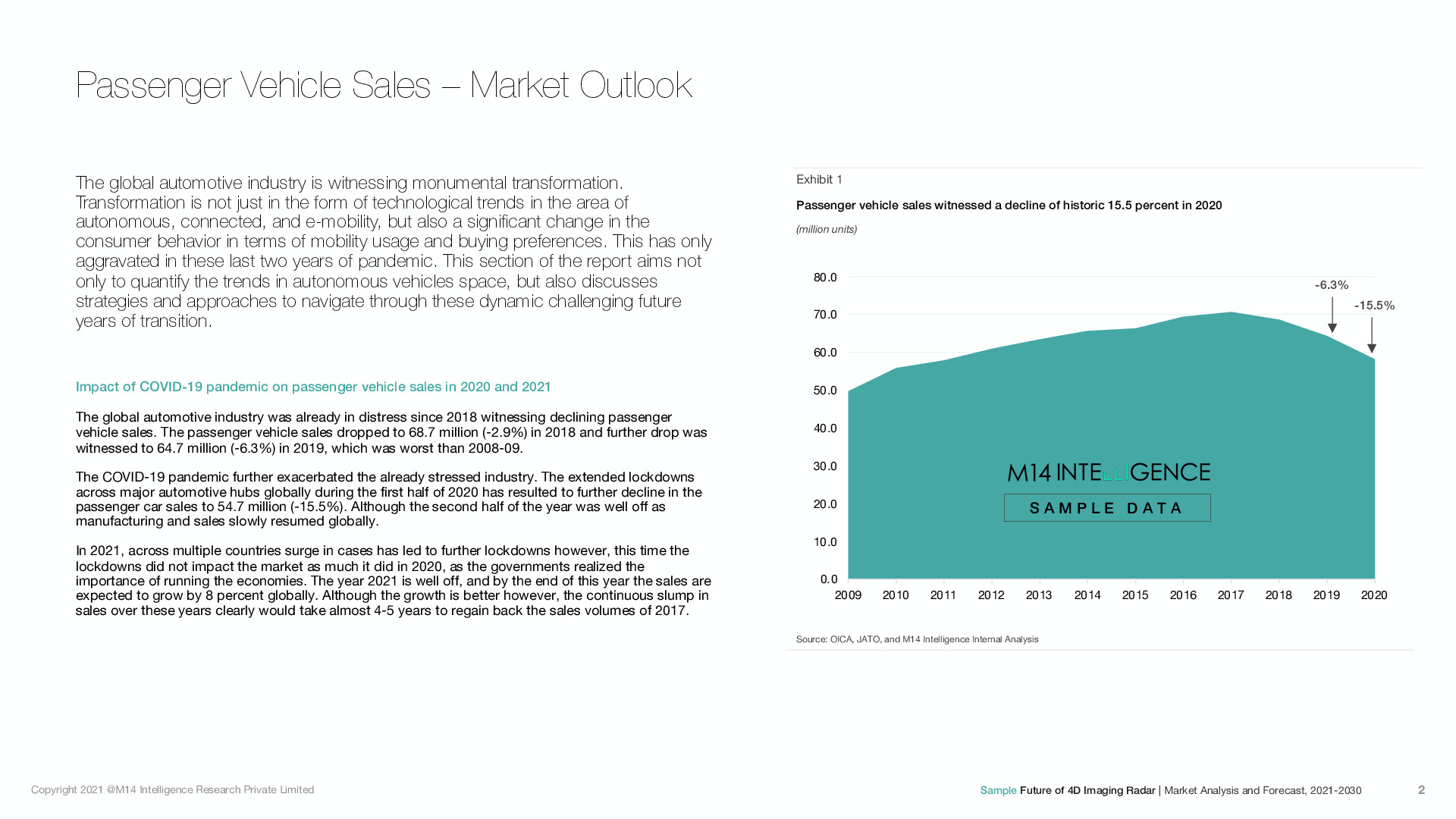 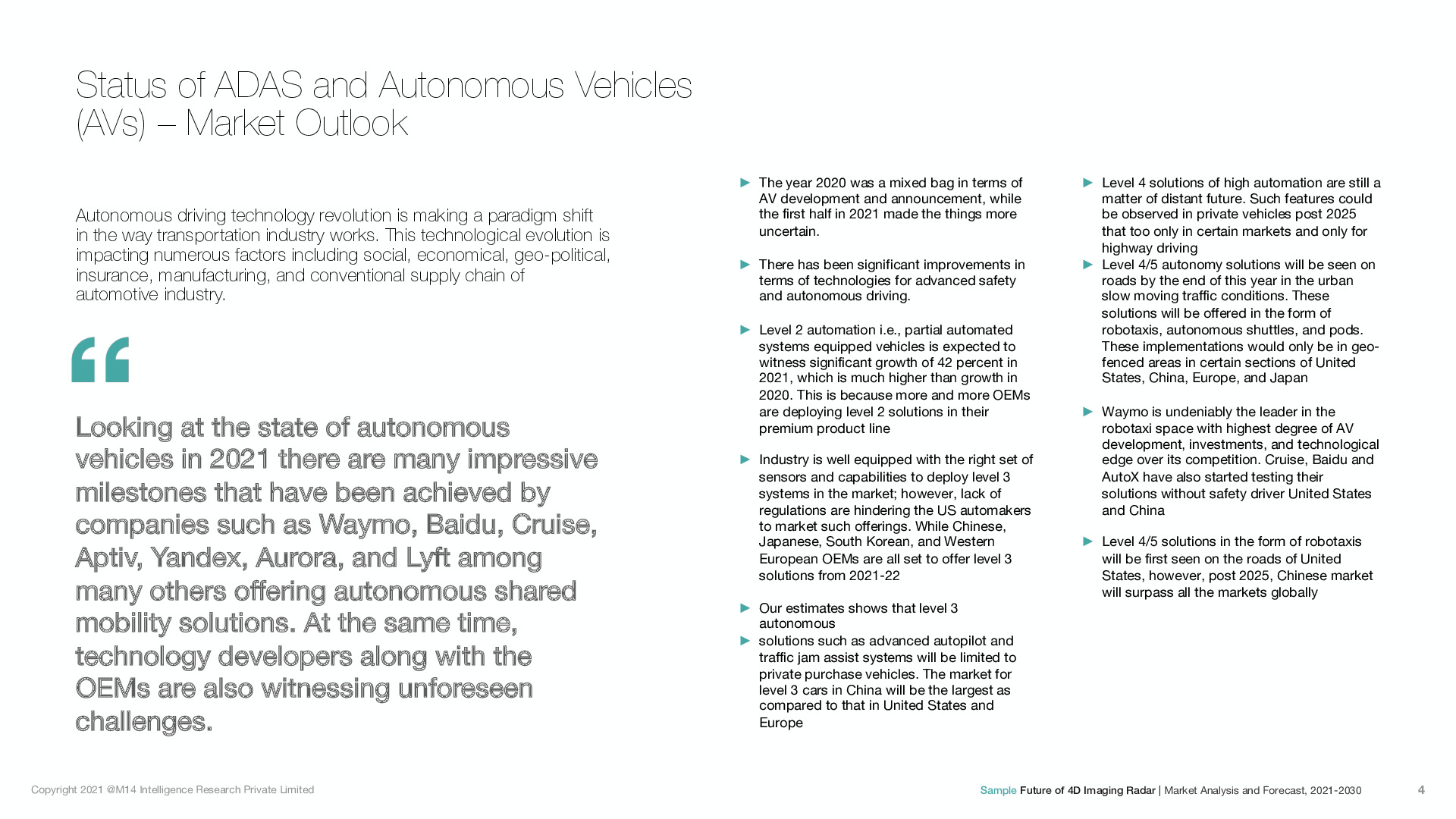 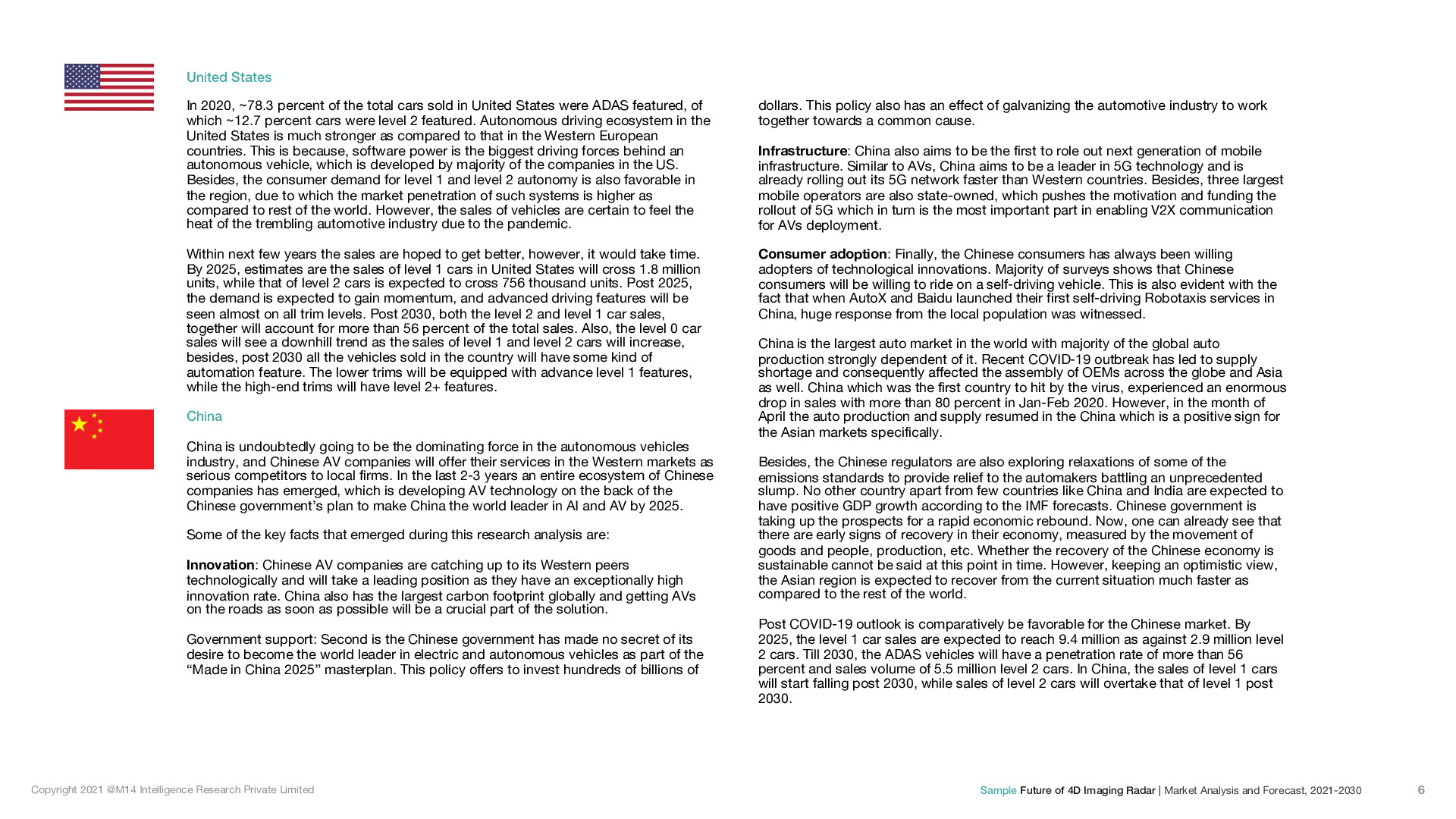 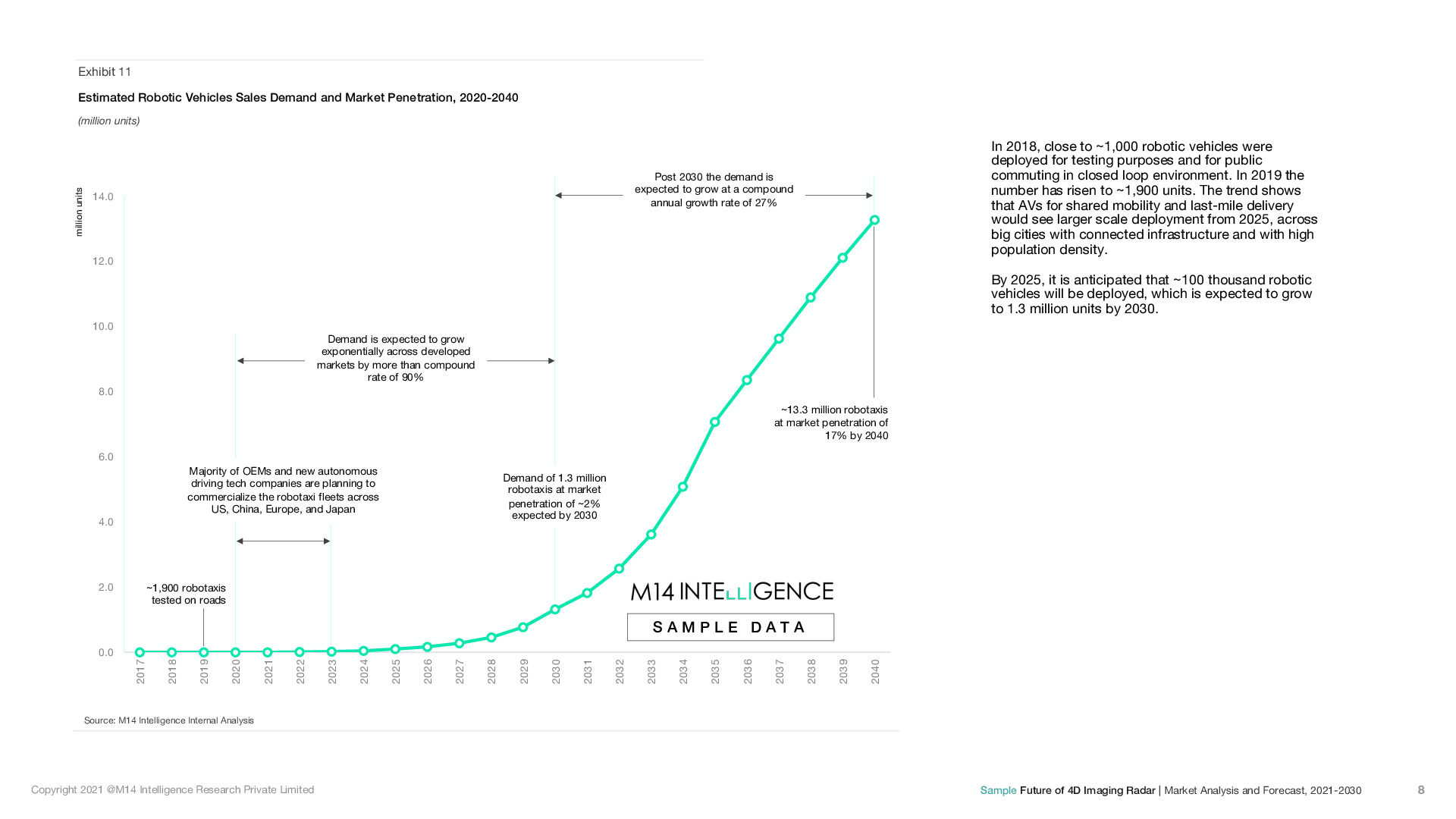 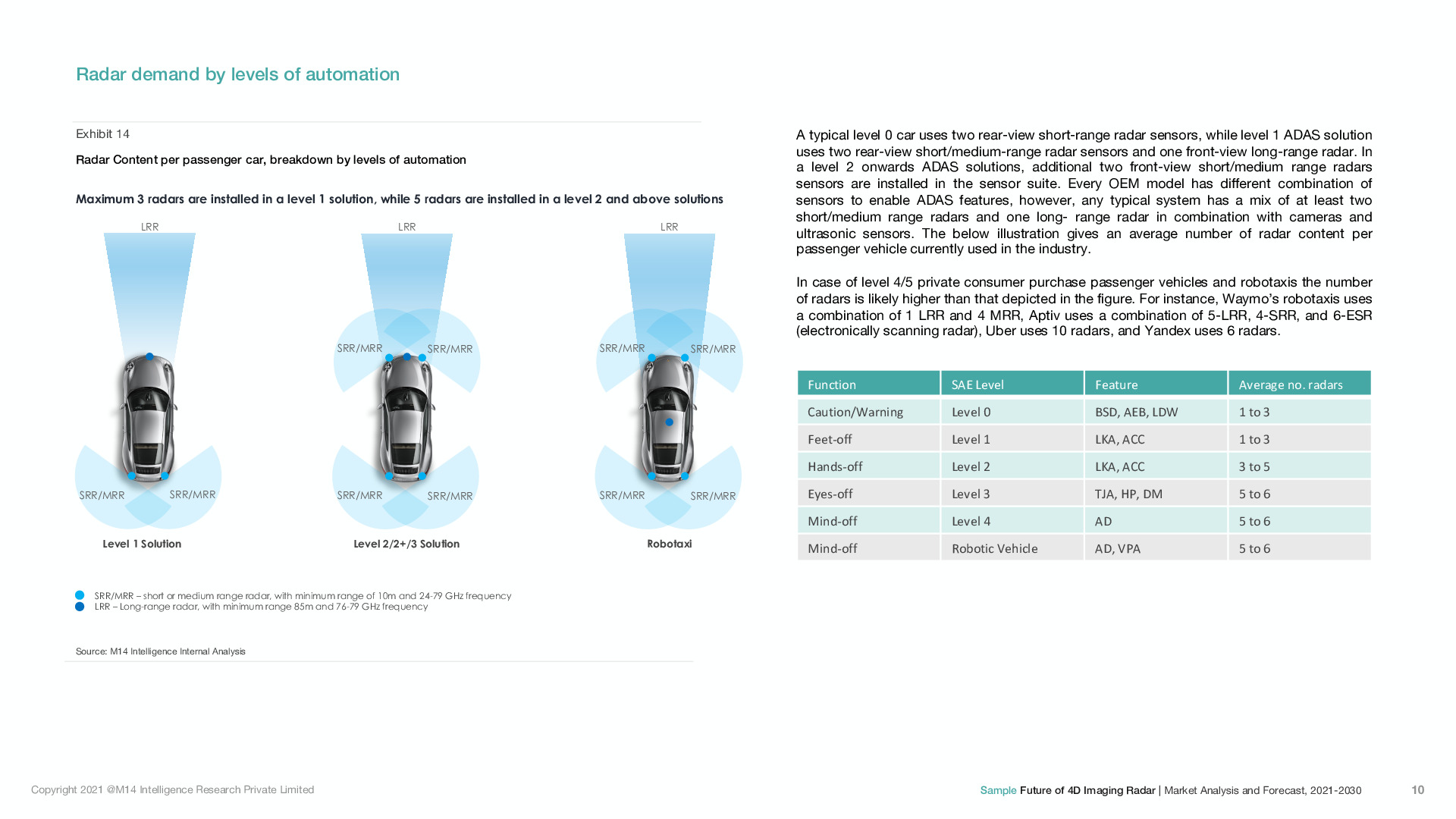 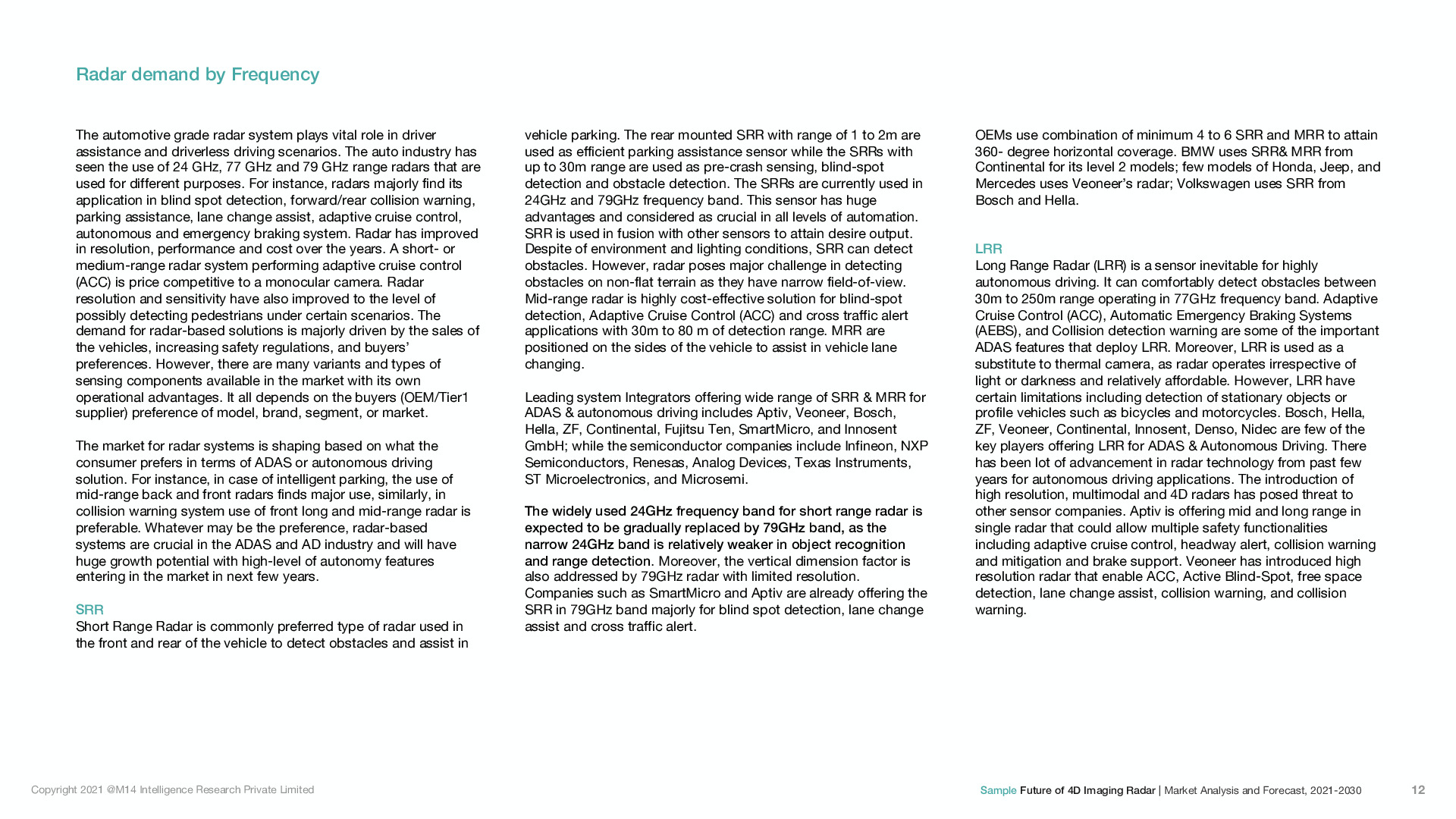 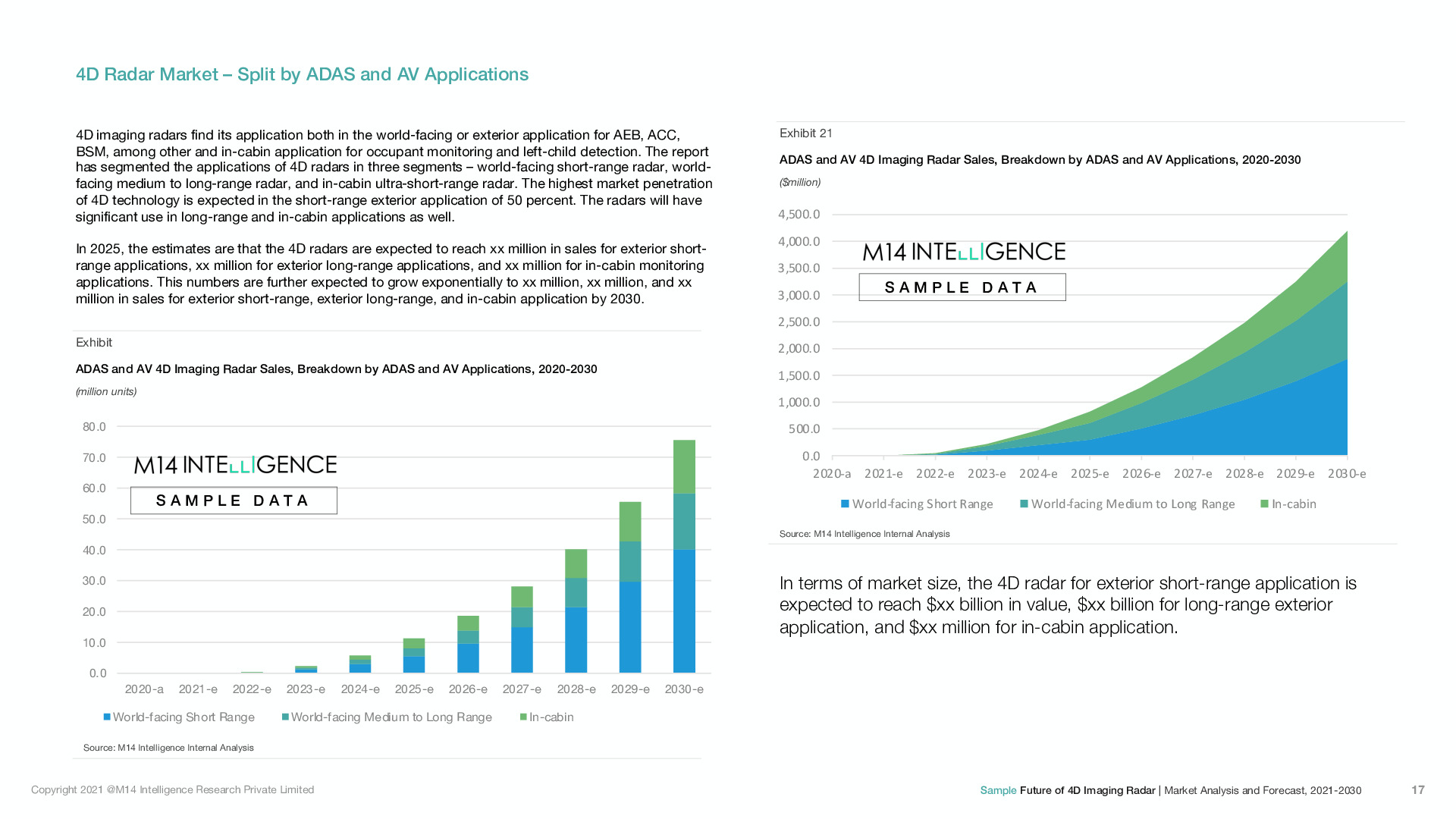