This report is the 4th edition in the series on ADAS and autonomous vehicle technologies since 2017, published by M14 Intelligence. The purpose of this report is to enable the readers to understand the current state of ADAS and AV enabling technologies and components from market point of view and what will it be like in future in terms of demand:
With this research, we aim to bring a fact-based evaluation of the ADAS & autonomous driving industry. As consultants, we also look forward to help you create your next go-to market strategy to position yourself as a key player in this swiftly evolving AV landscape.

This report is an outcome of M14 INTELLIGENCE leverage over the exhaustive research database on the ACES industry and its enabling technologies. Total 4 years of collective desk research and interviews by a team of 5 full-time ACES consultants. This report is the 4th successful annual publication on the ADAS and AV technology since 2017. Over 300 pages on the ADAS and AV technologies and sub-components market landscape. With 64 interviews conducted in 2019-20 and over 1500 interviews with key stakeholders till date since 2016
The report covers -
Deep dive analysis on every enabling technology in ADAS and AV ecosystem that includes: perception & sensing hardware & software, contextual data interpretation, and AI machine learning software & hardware,
The market analysis in terms of sales, pricing, and value of important technologies covered are:

Holistic analysis of the combined impact of mega-trends on mobility such as automation, electrification, connected mobility, shared mobility, fleet services
Investments, funding, M&A, partnerships, collaborations in the AV ecosystem and its impact on the AV demand is analyzed
AV regulatory framework across major markets along with the analysis of AV readiness index

Advanced driver assistance or level 1 autonomy features are commonly found on most new consumer vehicles today. In 2019, ~XX percent (XX million cars) of the passenger vehicle sold was equipped with level 1 autonomy. While partial autonomy or level 2 system is not being installed on majority of models and higher trim-levels. In 2019, XX million (XX percent) of all the passenger vehicles sold was equipped with level 2 autonomy. Due to the COVID-19 pandemic, the level 1 and level 2 autonomy passenger vehicles are expected to witness sharp declines in the demand for the first half of 2020.

Currently, the level 2 autonomy has very low market penetration of less XX percent, as it is majorly deployed on high-end models/trim levels or only in luxury cars as of now. However, as the regulations for safety driving gets mandatory across all the major automotive markets, OEMs will have to push more models and trims with level 2 features in the market, so as to obtain 4- or 5-star ratings. It is anticipated that level 2 autonomy will be the highest level of SAE autonomy level to be available for consumer purchase.

With higher level of autonomy, the number of cameras per car also increases drastically. According to the estimates, with series production of level 3+ autonomous vehicle post 2022 the demand for all sensor types is expected to grow exponentially. By 2030, more than XX million forward cameras, XX million surround-view cameras, XX in-cabin cameras, and XX million thermal cameras are expected to be shipped in PV industry. The highest growth of XX percent is expected to be witnessed in the demand for thermal cameras, owing to its operational benefits of sensing in extreme environmental conditions such as in night, fog, rain, and direct sunlight. While the driver monitoring systems are also expected to witness high growth of XX percent, between 2020-30. The major driving force for the higher growth is owing to the regulatory push for monitoring driver behavior, as XX percent of the road-accidents occur due to the inattentiveness of the driver. 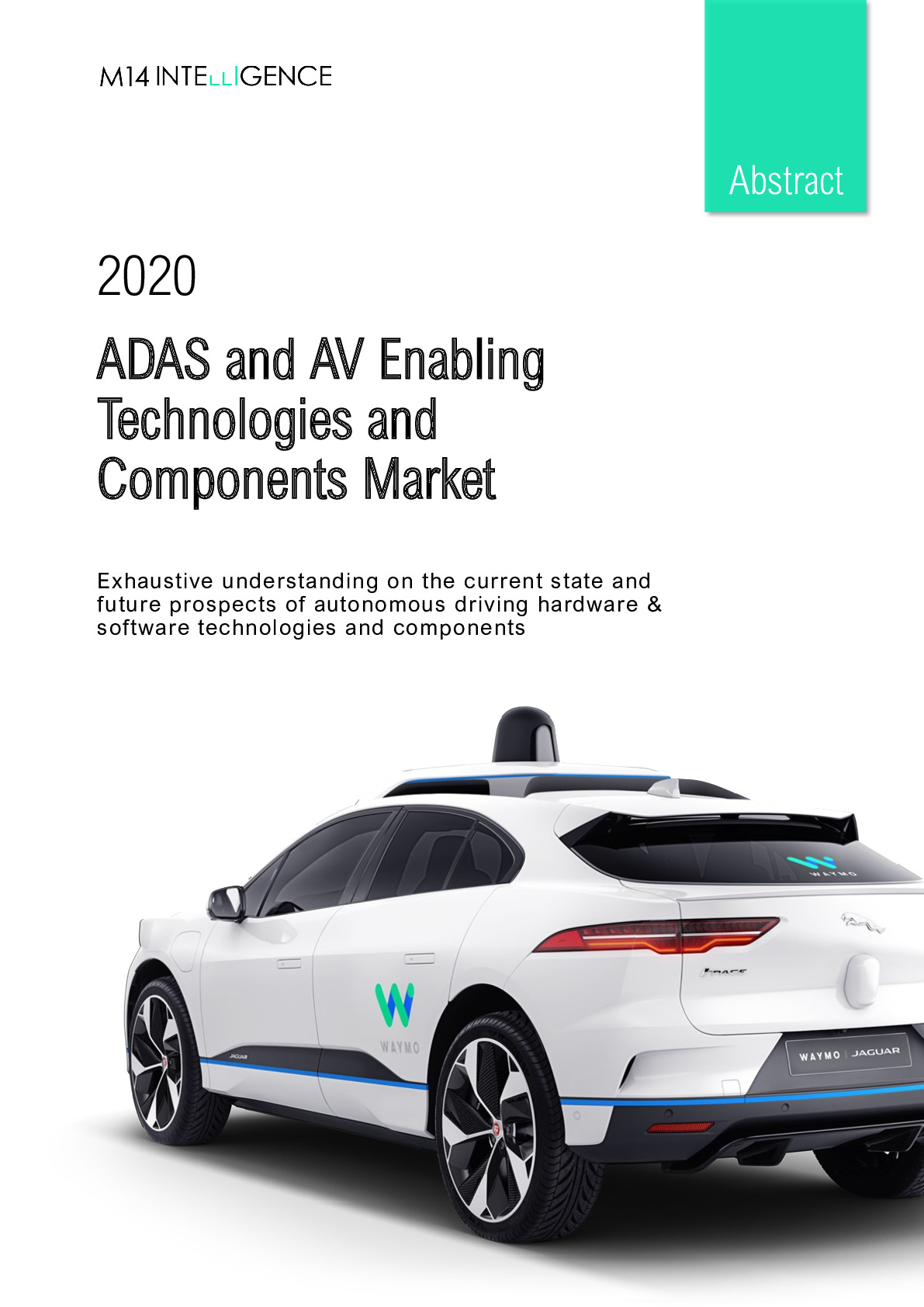 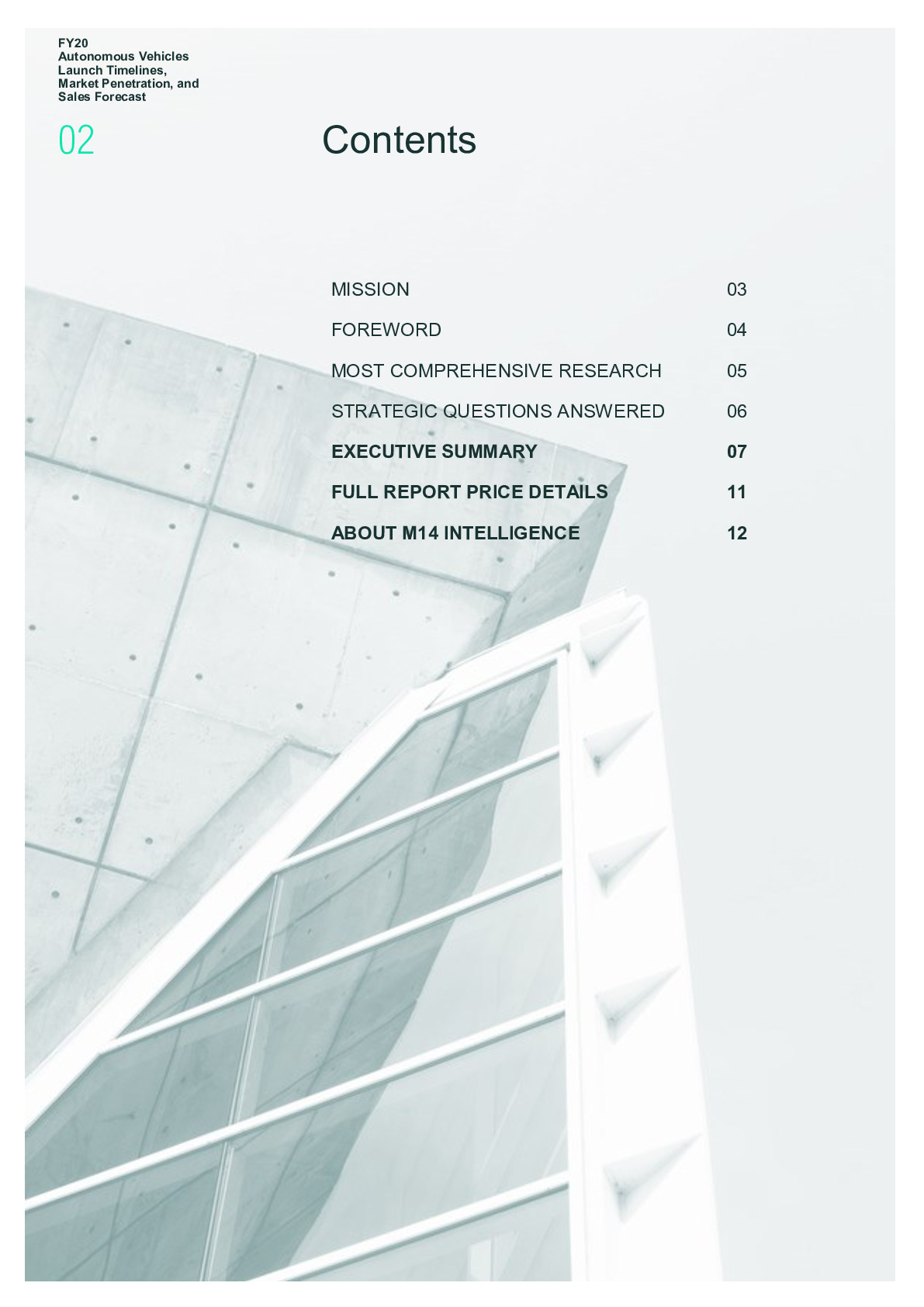 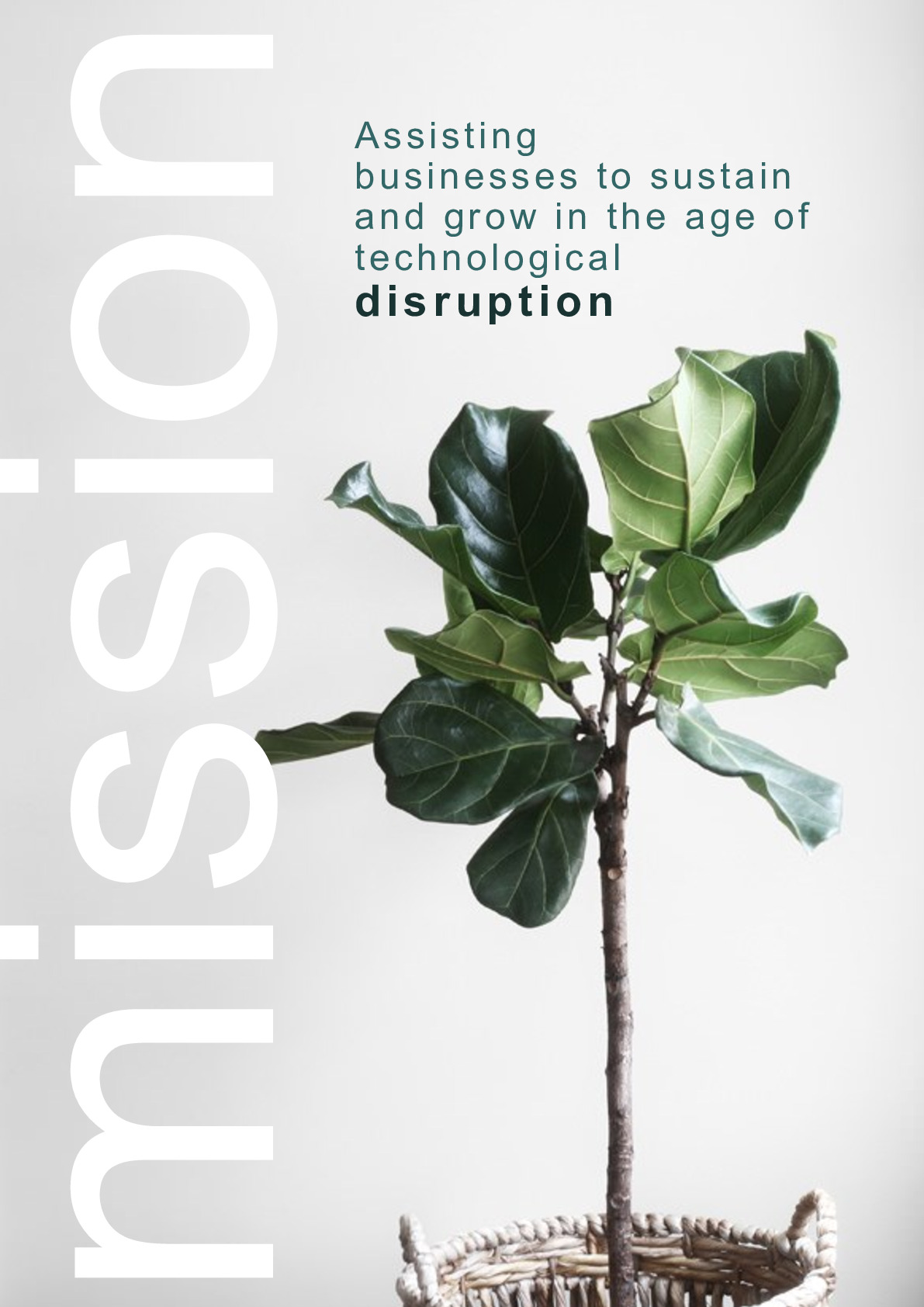 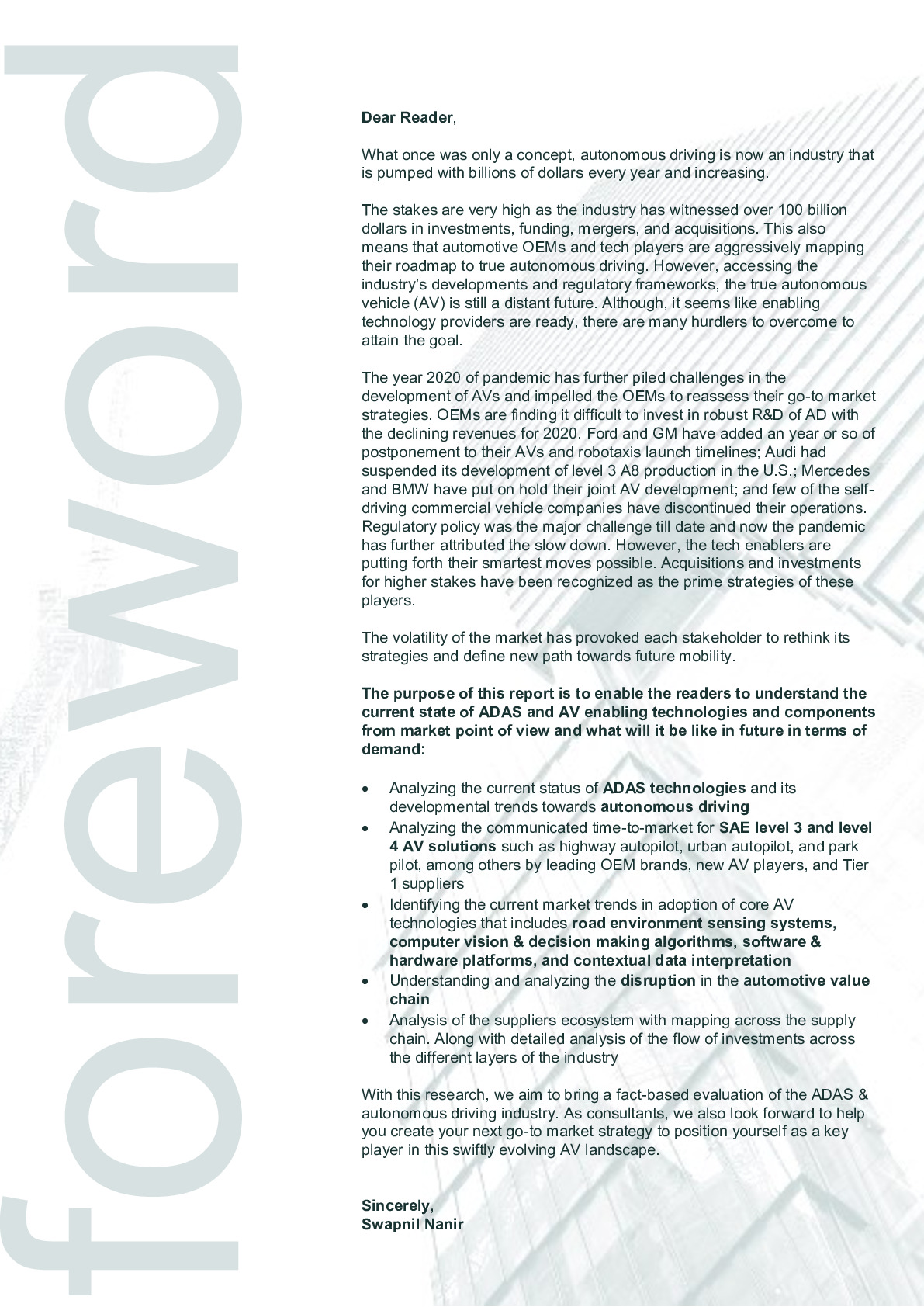 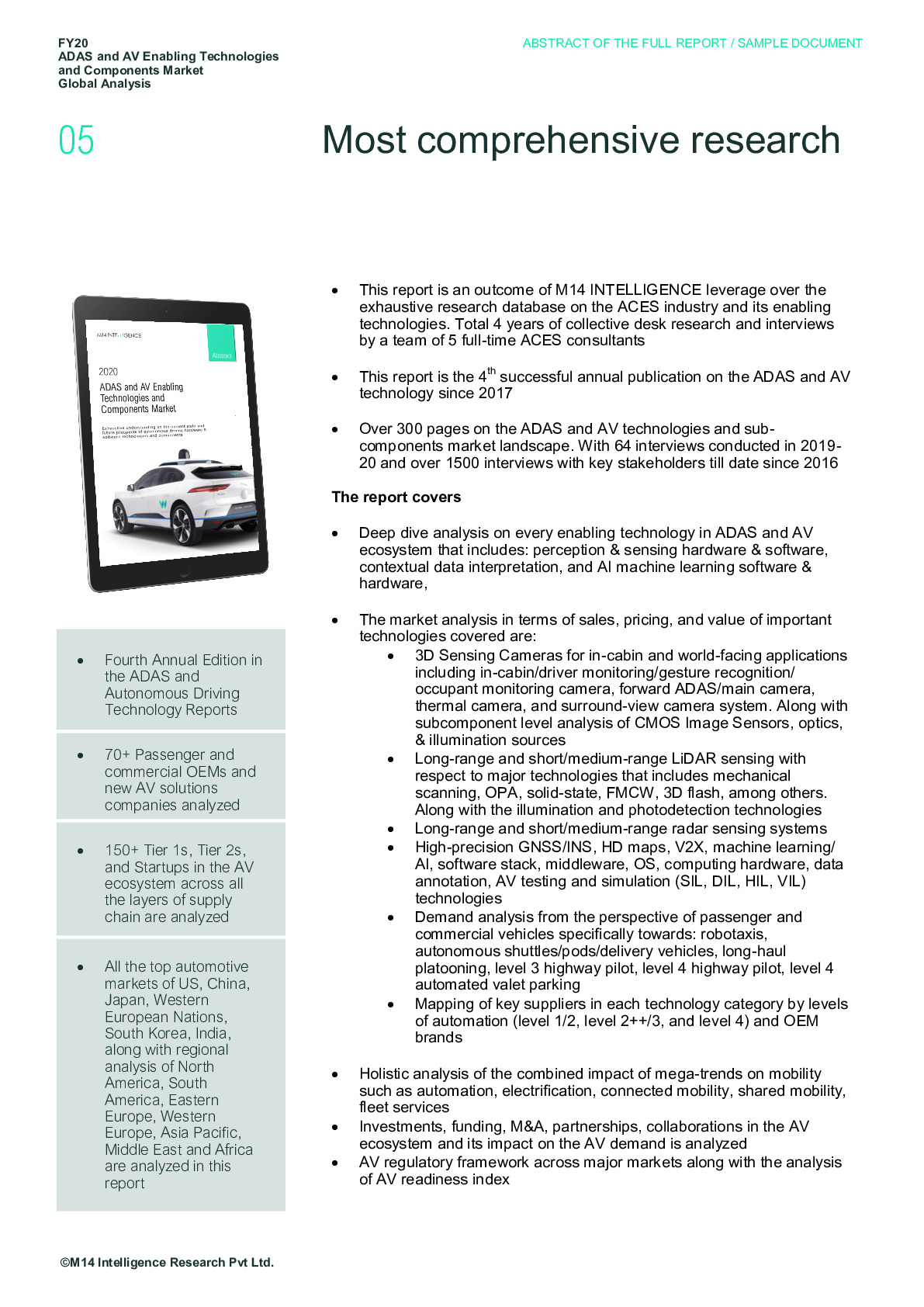 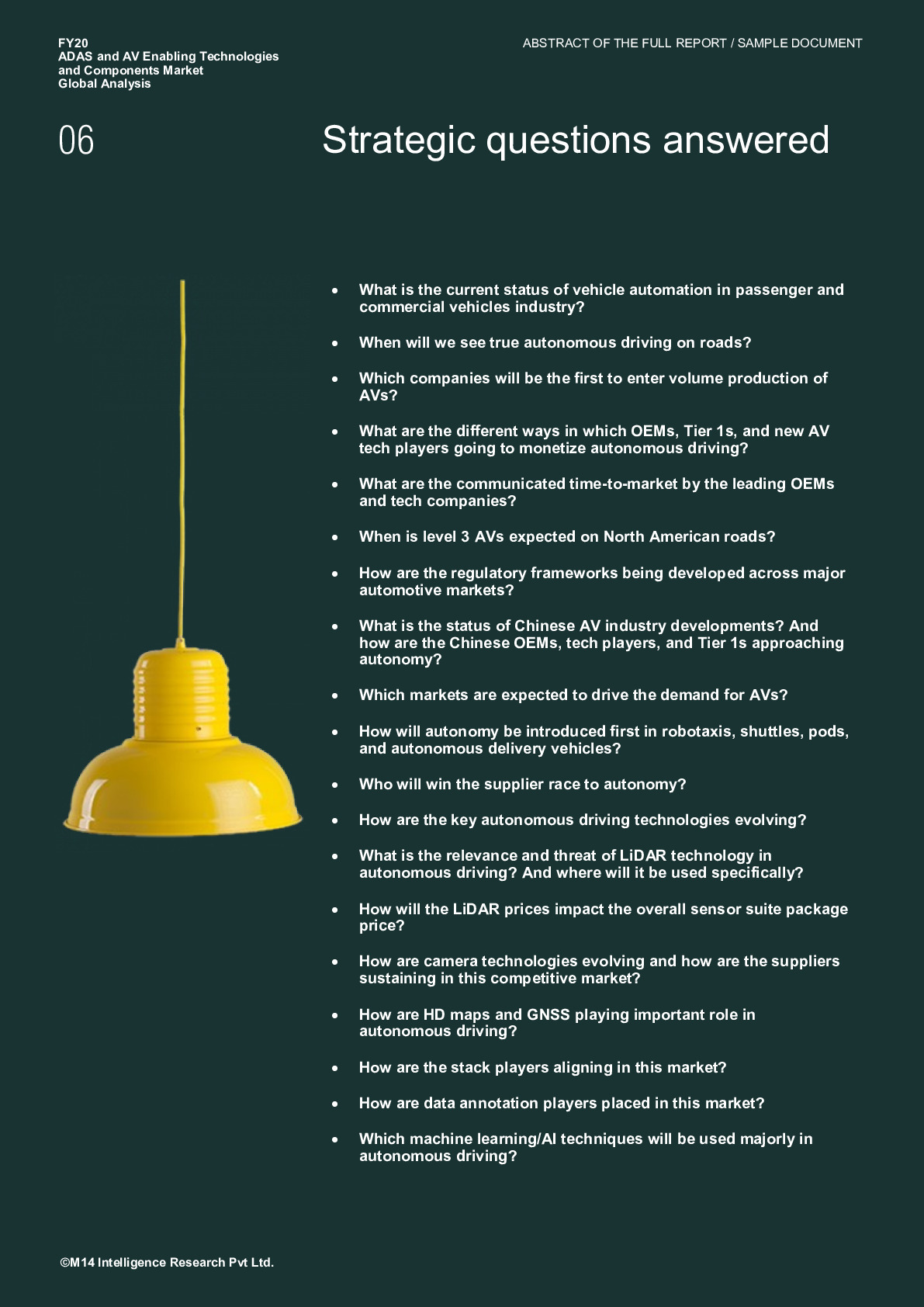 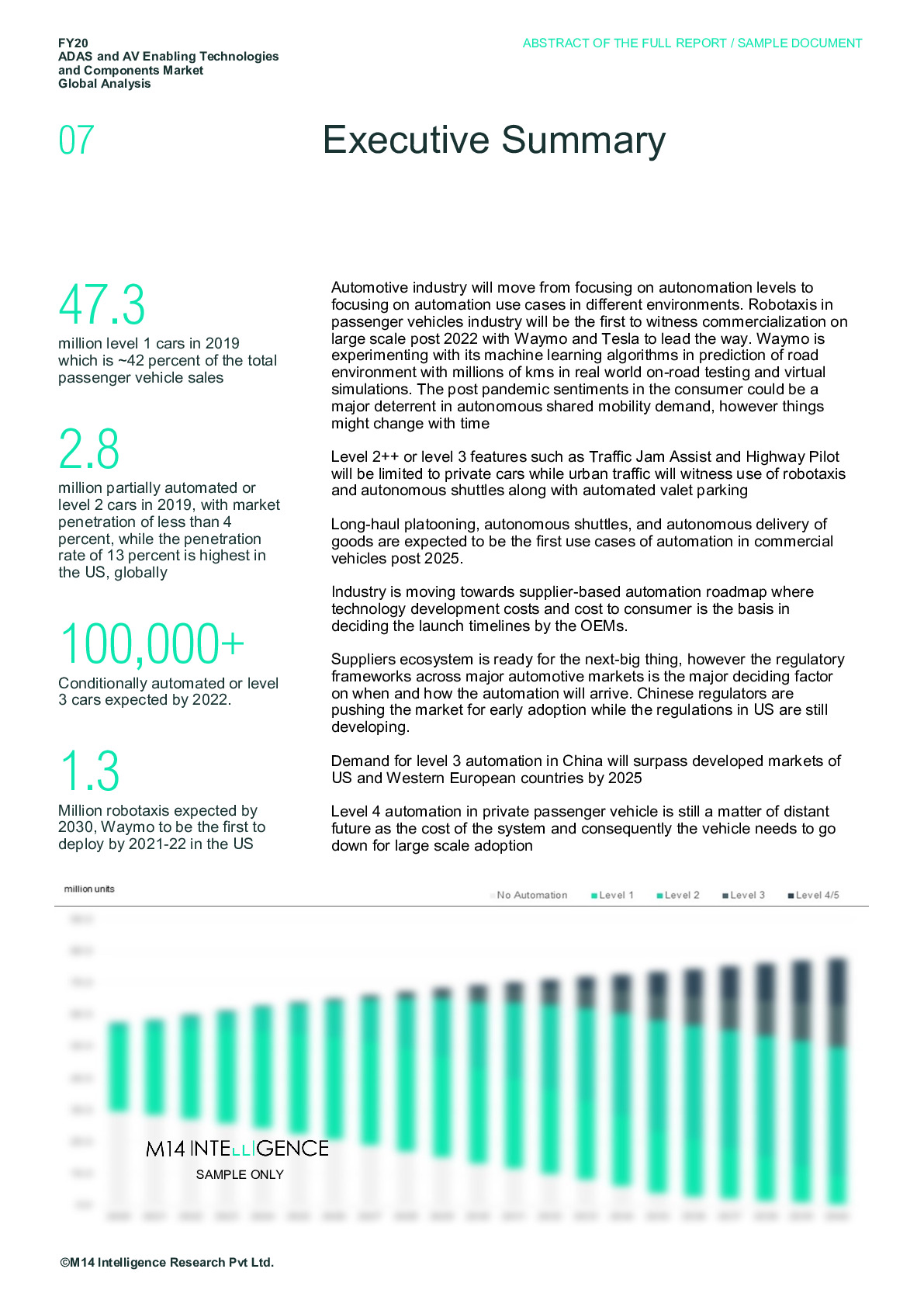 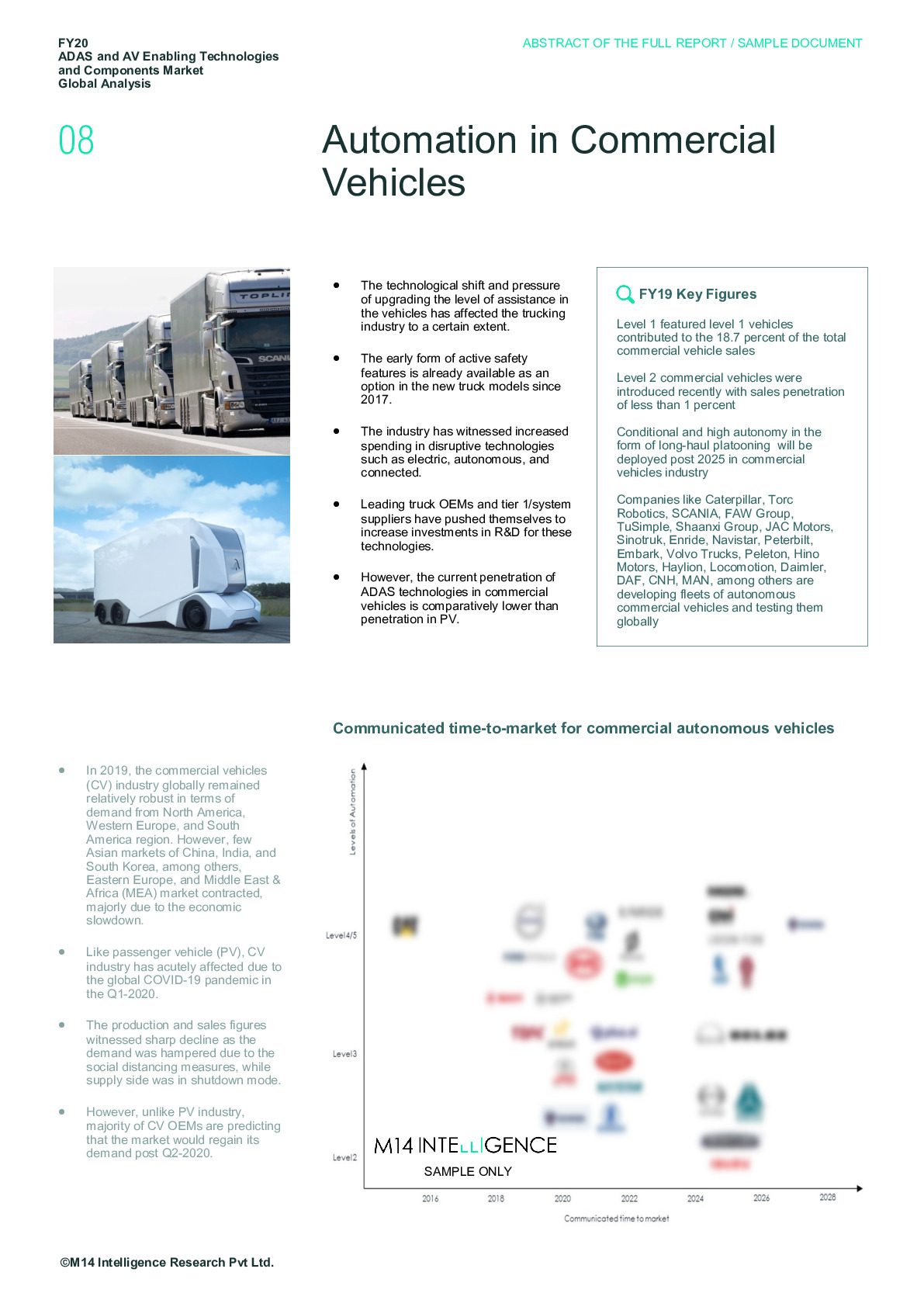 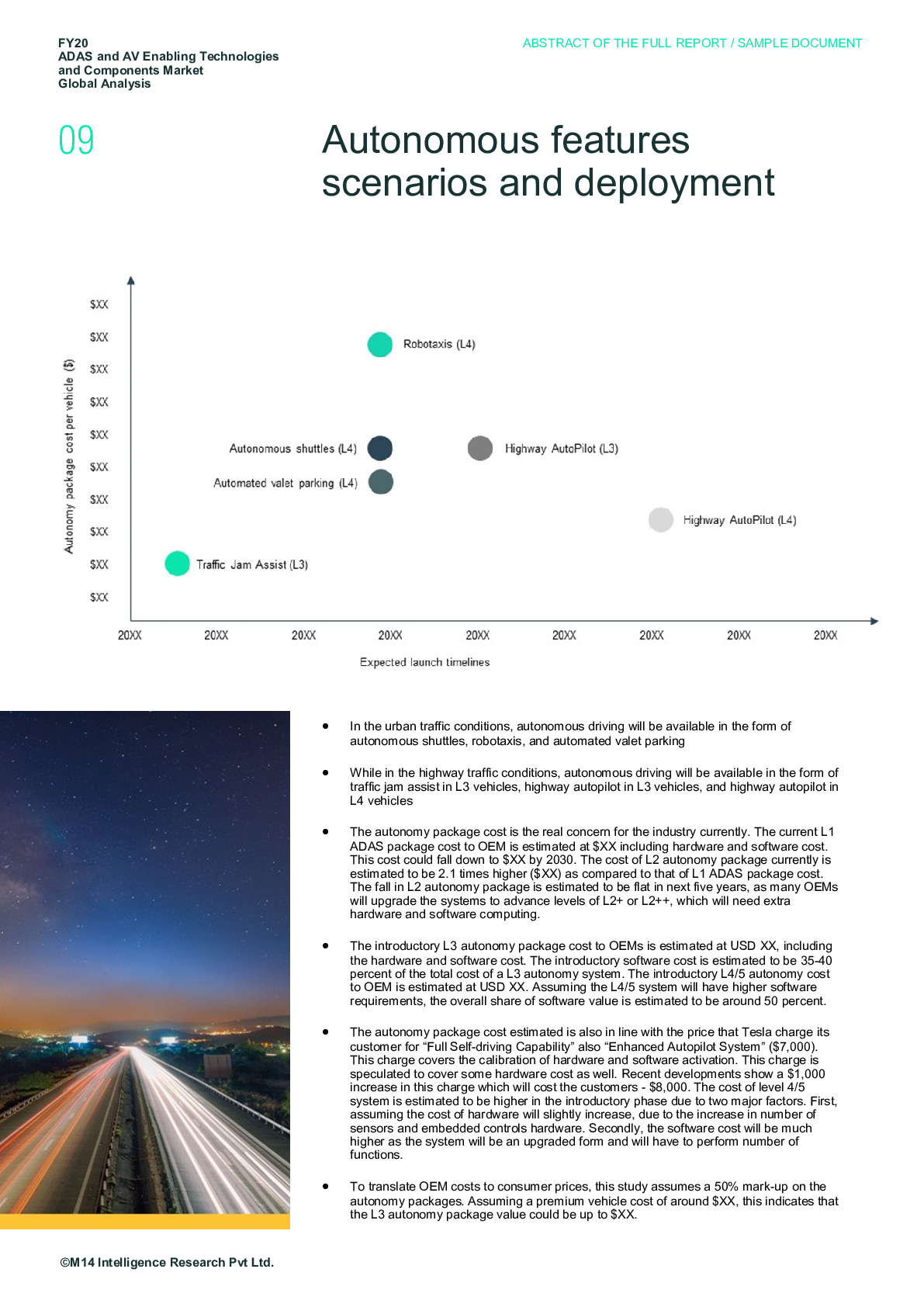 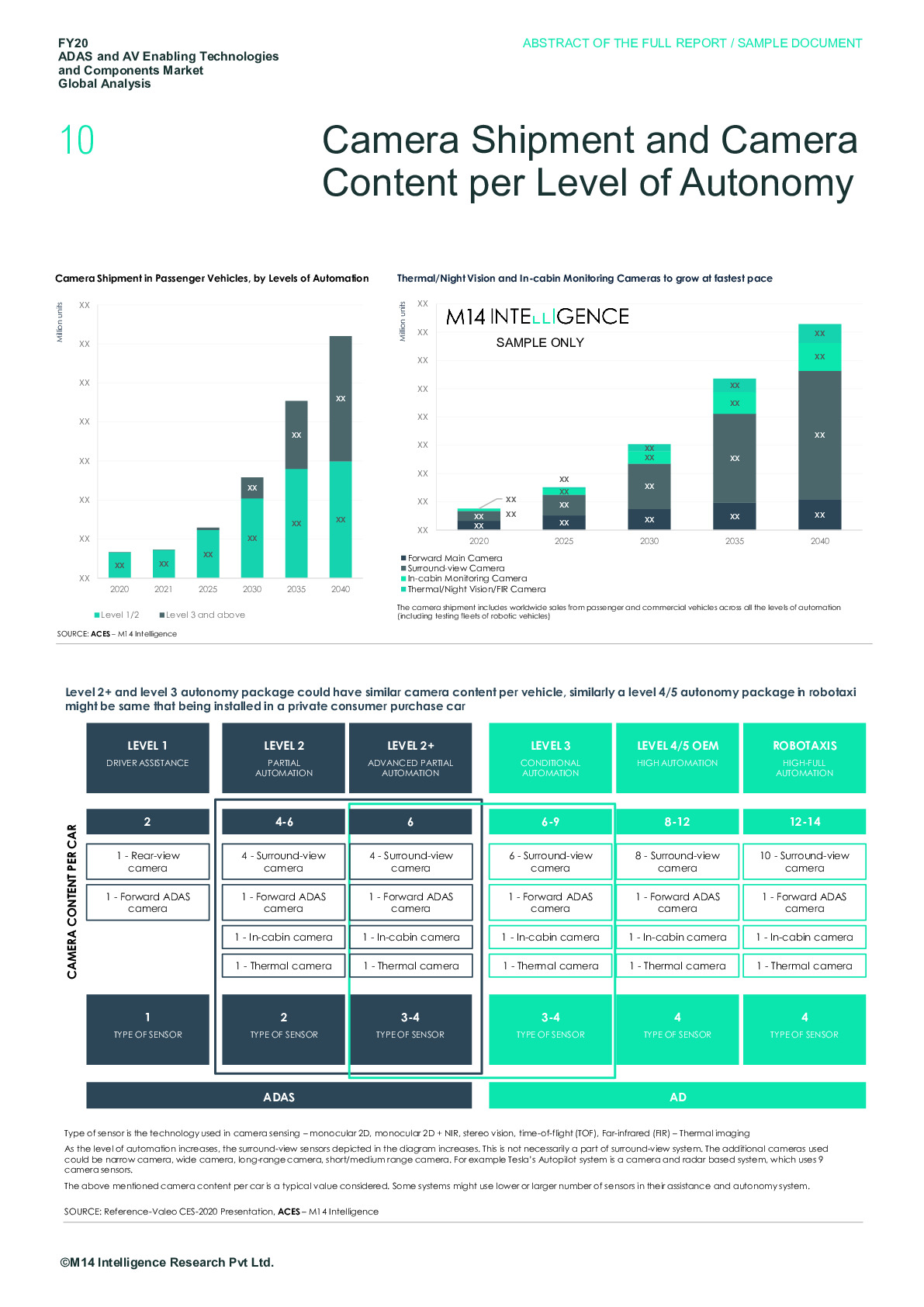 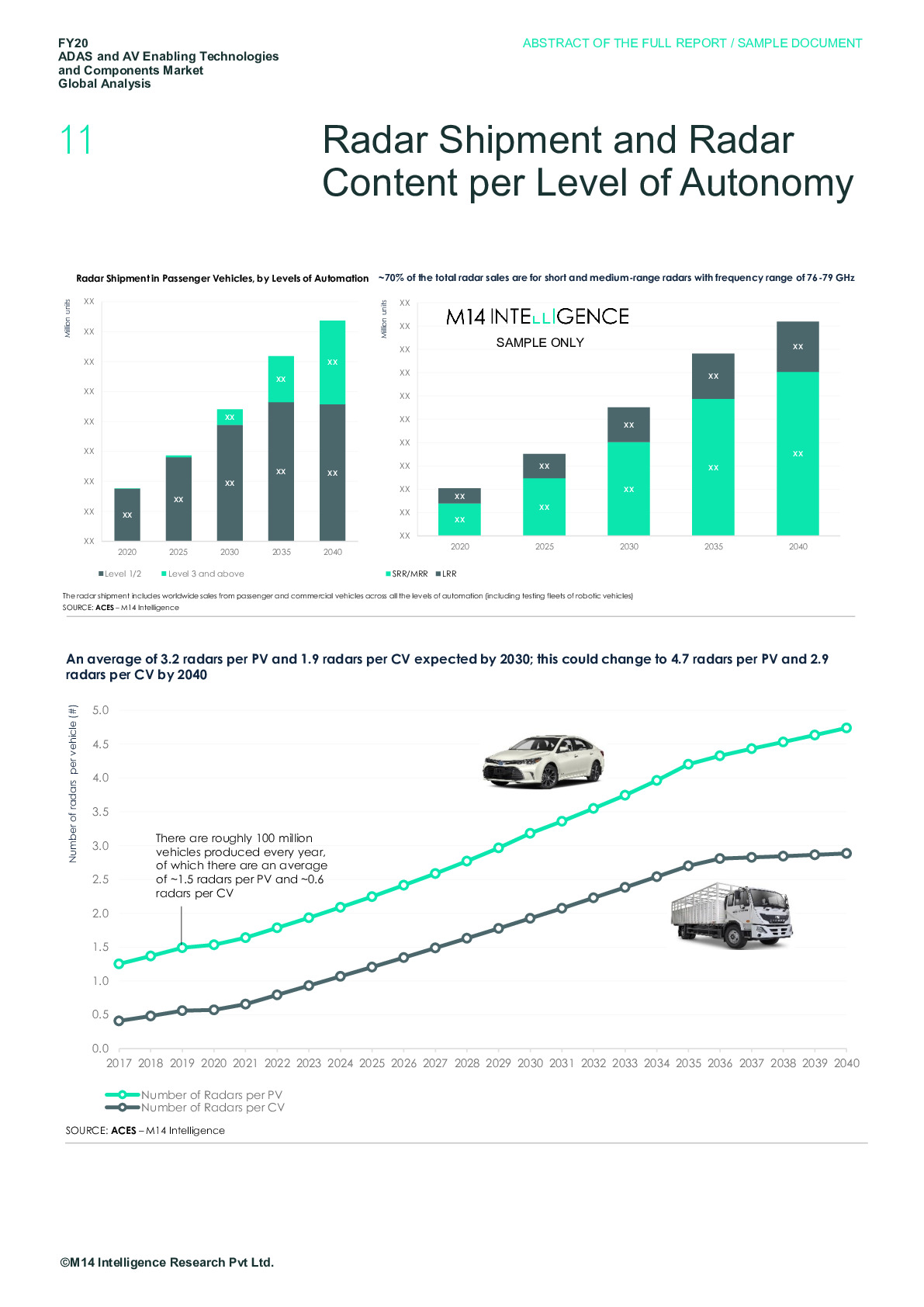 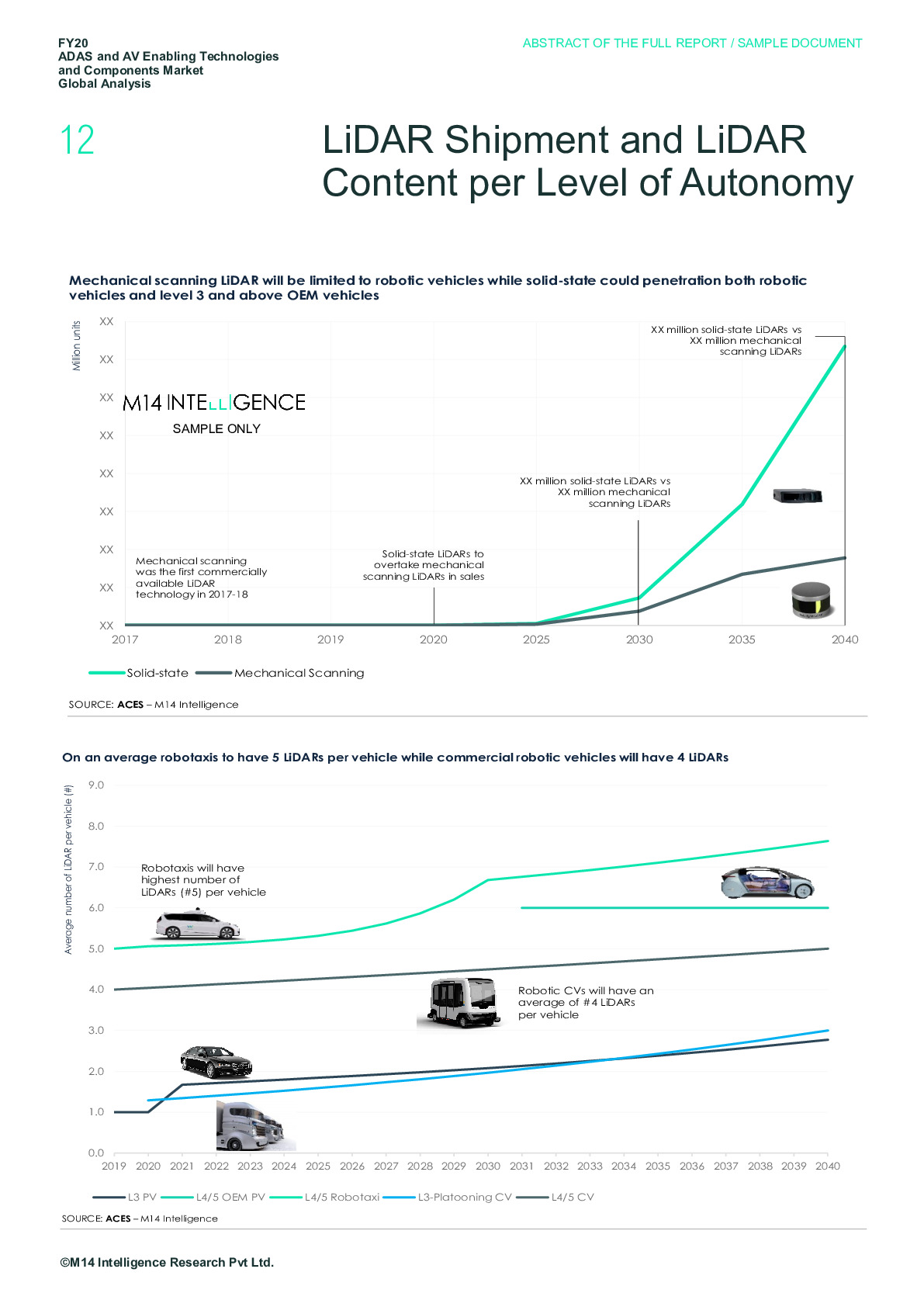 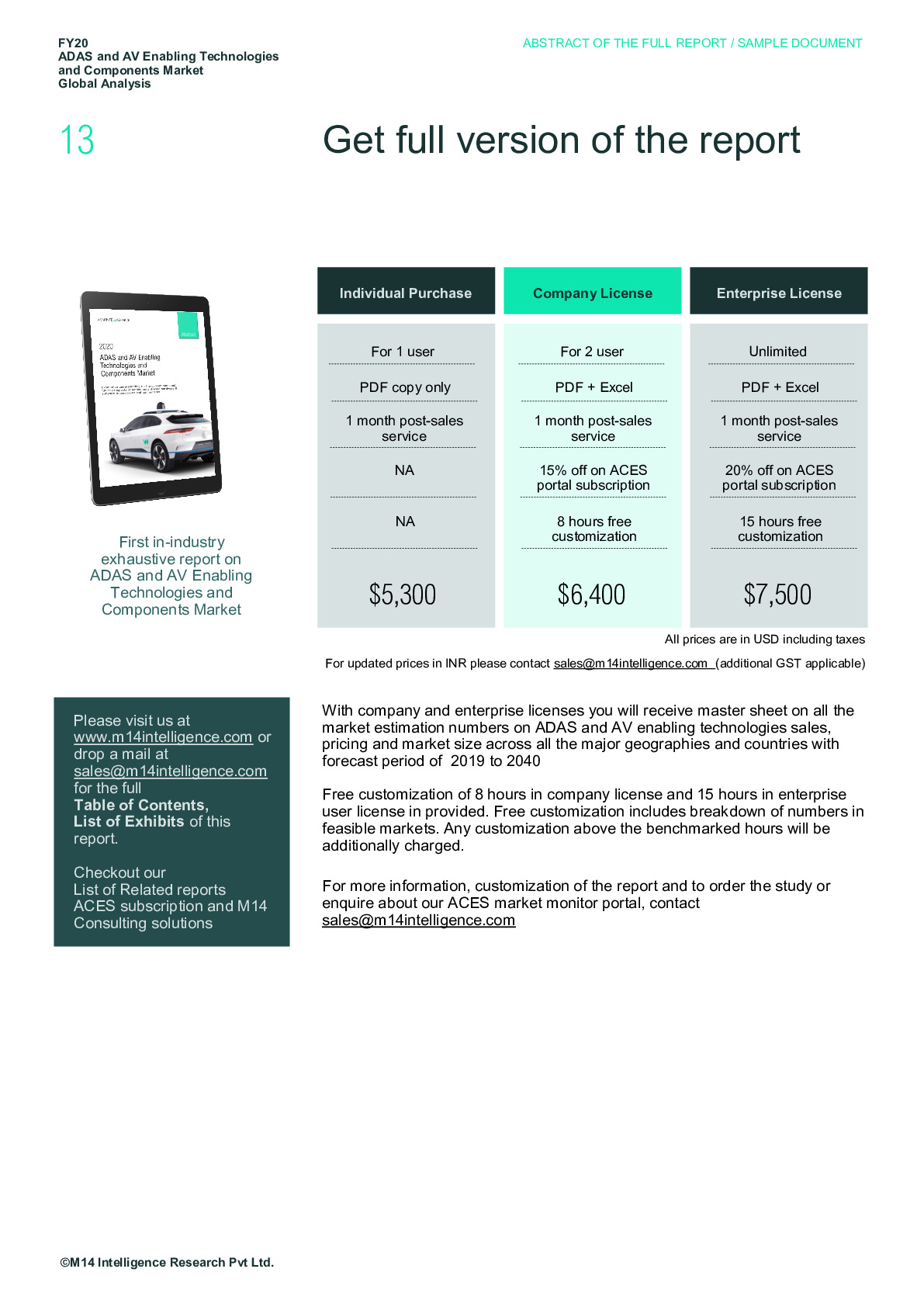